The ABC of SBC: definition, characteristics and advantages 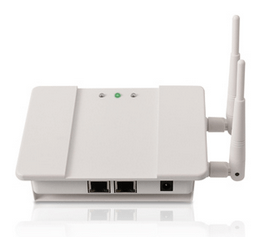 The Firewall is the quintessential element providing network security when you need to interconnect with other networks, allowing outgoing traffic and blocking unsolicited incoming traffic. The Firewall is a necessary element, although it is insufficient for security purposes since some threats are hidden from network firewalls within legitimate-appearing traffic, thus resulting in the need for other specialized protective elements such as antivirus or antispam.

The case of Voice over IP is even more special. Firewalls are generally based on NAT but, unfortunately, VoIP connections are incompatible with NAT. A possible solution would be to open exceptions in the NAT Firewall for Voice over IP. This this is not a good idea, though, because it compromises security and does not protect against Denial of Service and intrusion attacks. Intrusion control deserves special mention, not only at the network layer (which a Firewall could perform) but, primarily, at the application layer, aimed at ensuring legitimate call traffic, avoiding attacks, intrusions and fraud. On top of this and to make matters worse, the VoIP sessions are created randomly as calls are established, further complicating control.

A new element is required to address these risks. This element should monitor and be actively involved in the VoIP sessions established between the internal and external network, ensuring that these connections are properly established and that they are legitimate, secure and reliable. This element is the Session Border Controller (SBC).

The SBC doesn’t just monitor and control sessions between the internal and external network, it reconstructs them in order to have complete control. That is, when a session is established between the internal and external network, two sessions are actually established, one from the internal element to the SBC, and the other from the SBC to the external element; with the SBC negotiating the call parameters to both ends separately. Not only does this allow for full control of the sessions (who can connect, to where, when, how, detection of attacks and intrusions…) but it also conceals the internal network from the outside. This is a basic SBC behavior that is known as Back to Back User Agent (B2BUA).

While the SBC’s main feature is usually security, it is by no means the only one. The SBC is usually responsible for the following functions, among others:

SBCs arose out of need, catching standards bodies off balance, which created some ambiguity about their roles and limits. Initially SBCs were dedicated devices located at the border between provider networks and their customers or the Internet, evolving towards virtualized networks at times integrated with Firewall and routers. Today it is common to deploy SBC functions even in remote areas to protect the central office’s internal network, especially where there is a direct connection to the internet.

Teldat routers implement an advanced, comprehensive SBC using various functions included in the software, such as the B2BUA functionality that allows complete control of Voice over IP sessions established between the internal and external network, ensuring interoperability and security, together with other security features like IPSec and securitization of RTSP, TLS and SRTP voice sessions, plus complete control of the IP Quality of Service, Admission Control for VoIP calls based on various parameters, routing table/call screening or codec selection.