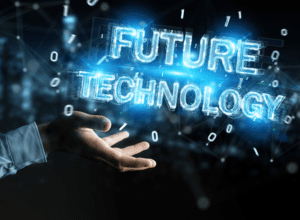 With just a glimpse of how the telecommunications and in particular the networking market has developed over the last year, it can undoubtedly be seen that a snowball effect is occurring as the markets and the technology within these markets are rolling and becoming larger and larger. So, the predictions are that 2020 will be a year of yet more change.

It  was only a few years back that the dawn of a changing networking market was coming to life on the horizon, with SDN / SD-WAN and 2019 has definitely been the year that SD-WAN has actively come to life. So much so, that what was originally seen as a huge change that large corporations would take on board, has extended and is now also seen as an important technology that Small & Medium sized companies – SME’s, can apply to facilitate their digital transformations. So, as we predicted at the beginning of last year, the channel that supply technology to the SME’s are changing gear and joining the SD-WAN concept, to offer their clients what they currently need.

In 2020 we can safely forecast that, among other aspects, the SD-WAN snowball will continue to grow. Not only because of the number of companies changing to this technology, but also due the merge between SD-WAN and other technologies that will have strong market increases; AI, cloud infrastructure development, application deployment, security and more.

As mentioned above, there will also be other technologies that will be making important progress apart from SDN / SD-WAN. Apart from those mentioned above, we should also bear in mind 5G, IoT, Smart Cities, and the use of data, among many other concepts. These will be growth markets in the next 12 months.

Artificial Intelligence – AI, will continue to expand, because it is seen as a technology with a vast potential. However, to date few have been able to deploy AI in their networks or technological processes, and those who have deployed it, perhaps have not been able to introduce it as optimally as they would have wished. Throughout 2020, AI is a concept that companies and institutions will gradually become more and more conscious of. AI is a reality and it will carry on growing at a relatively fast rate.

5G is an important technology for 2020, although some are questioning how far its deployment will reach in the next year, as this is related to many different factors. For example, the amount of investment that the operators will be able to assign to a new 5G network in 2020, when the 4G network has perhaps still not yet given its full return. 5G’s market development is perhaps not as evident as SD-WAN for example, but it is clear that there is a vast amount of technology, such as IoT and Smart Cities to name but a few, that are eagerly awaiting its full launch.

In 2020 cybersecurity is also expected to expand rapidly, especial with the increase of various new technologies, such as AI for example or in general the digital transformation, that will require companies to have an increased security awareness.

At Teldat, we are anxiously awaiting 2020 to set full steam ahead as we have many products and solutions in the above mentioned markets that are predicted to have large expansions. Obviously, SD-WAN, as well as other areas, such as Smart Grid, Smart Trains… to name only a few. Once more we believe that this is going to be another significant year for Teldat.

Finally I could close the first 2020 post of the Teldat Blog, without thanking the many bloggers (over 40 bloggers in 2019) who wrote great posts during the previous year. Also, a special thank you to all those who follow the Teldat Blog, directly or via our social media platforms. Thank you!