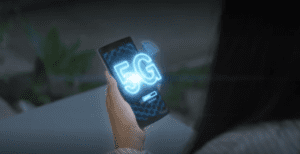 I remember when I worked on the first GSM protocol stack as a young software engineer and holding a kind of “prehistoric” heavy TACS analogue mobile phone that was nothing more than a device for making calls. But it worked! And it achieved what it was designed for.

At that time, our stack development was based on the Release 96 of the ETSI (European Telecommunications Standards Institute) standards and the vision of having a world fully connected, with automatic driving vehicles, with smaller and smaller and less invasive devices, capable of acting and interacting, based on machine learning and artificial intelligence, was more linked to fantasy movies than a near future.hed.

Nowadays we are in the midst of developing the Release 17 of the 3GPP standards (that by the way,  includes the ETSI) and we are already looking at the Release 18 for the evolution of the technology with new features and improvements, which is not far fetched from the the fantasy movie we were visioning in the early days of GSM. It is simply the world we are already living in right now, leveraging upon the 4G and 5G technologies.

5G was introduced in Release 15 in 2018 defining the New Radio (NR) front-end as an evolution of LTE to bring to the wireless connectivity, higher speed and lower latency based on the concept of “network slicing”, which in other words means the capability of the 5G core to adapt and scale quickly to meet the demand of the services provided according to the end user. The Quality of Service offered, as traditional broadband and voice, or massive cellular IoT, or Augmented Reality (AR) and Virtual Reality (VR), to name few, will therefore depend on the 5G Core’s network slice selected and optimized for a specific use case (lower latency, higher data rates, and increased scale).

Despite the exponential advancements of the technology, with new improvements and new features emerging at each new Release, “legacy” compatibility is still paramount. Even and foremost 5G, the technology that is, and will be transforming our economy, our industries, our jobs, and our lives, is grounded on the bequeathed development. This doesn’t mean that it has been based on TACS, TACS do not exist anymore. It simply means that it has to coexist with its previous technologies and in particular with LTE which 5G shares part of the spectrum with.

So, what has happened in the Industry? Well, to speed up the deployment and commercialization of 5G, the 3GPP body has defined a set of different deployment Options to facilitate the introduction of 5G on top of the existing 4G core and radio networks. The economic advantage of a faster commercialization of the new technology is compelling. However, the other side of the coin is that, while eMBB functionality is supported in any of those options, many of the other Services are not full 5G compliant because important capabilities, such as end-to-end network slicing, will not be enabled.

The deployment solution that allows to empower the full 5G capabilities is the “Stand Alone” (SA) standardized it as “Option2”, where the 5G New Radio (NR) Access Network and a new 5G Core (5GC) define their own architecture that run in parallel with the existing LTE network. The solutions where the LTE and 5GNR Radio Access Network (RAN), yet independent, are combined into the 4G Enhanced Packet Core (EPC) is included within the “Non-standalone” (NSA) architectures. The 3GPP has standardized a number of different “Options” on how the LTE and 5GNR can access to the EPC, each of them with pro and cons. Without entering into deeper details, we can just say that the Industry has aligned with the “Option 3x” that uses Dual-Connectivity between LTE and 5G NR (formally termed “E-UTRA – NR Dual Connectivity” or EN-DC) to allow 5G radio access to leverage the existing 4G EPC. In this deployment architecture the NSA device is connected to both 4G and 5G radio resources. It camps on the LTE cell (eNB), becoming the “master node” used for the control plane, while the 5GNR will be the “secondary node” (gNB) used for the user plane, in such way that the user data will flow through both the gNB and eNB towards the Core that is common to both  technologies. The EPC, in turn, shall therefore be upgraded to accommodate the new 5G functionalities. In particular, to be able to provide those higher performance for higher bitrates and reduced transport latency that 5G mandates, the user plane Serving Gateway (SGW) and Packet Data Network Gateway (PGW)) will need to be combined with the next generation 5GC User Plane Function (UPF) and Session Management Function (SMF).

Source GSMA: Two stages of the Migration path from Option 3x to Option 2

According to the GSA November report, only 19 out of 469 worldwide Operators that are investing in 5G Services are supposed to have launched, to some extent, a commercial SA network. This highlights how current devices in the market shall support both NSA and SA technologies to be able to work in Option 3 configuration today, and to continue to work along the migration phase from Stage 1 to Stage 2 in the future.

Teldat is actively focused in this 5G challenge and its evolution with innovations and development of leading-edge devices to bring into the competitive market. The Teldat 5Ge enabler is the small compact FWA tool that allows any router to be seamlessly connected to 5G eMBB services. It is designed to work in both NSA and SA operating mode depending on the radio bearer capability of the networks to which it is connected to. It simply requires an Ethernet cable to be connected and powered, though the Power over Ethernet capability (PoE), to the existing router either being for enterprise or residential use, thus offering the maximum flexibility and adaptability to any type of networking environment.

In addition, the Teldat 5Ge has evolved to cover more challenging use cases to bring connectivity in-vehicles, and in particular, in the high demanding Rail sector. The 5G Rail operates in conformance to the EN50155 industry standards to enable resilient and reliable onboard broadband services for passengers’ comfort.

By and large, the wireless industry is progressing at an incredible speed pushing in new technologies and new features to enhance the legacy ones. It is therefore clear as innovation is the key factor to gain competitive advantage in the market. At Teldat, R&D has always been a fundamental asset for the company to stay upfront with the leading technology players.