5G technology: Will it be the next disruption to the IT world? 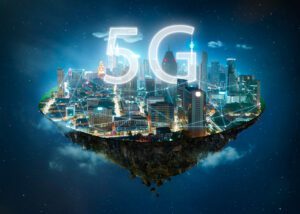 It is estimated that with 5G technology, by 2025 there will be some 8 million autonomous vehicles circulating on the world’s roads, 31 billion connected objects and over 88 Smart Cities. And 5G is one of the technological pillars on which these predictions are based.

Irruption and disruption of 5G networks

In the future we’ll be talking about Gbps where now we speak of Mbps. However, the most disruptive change might not come from faster network speeds. Most studies suggest that the ability to connect thousands of devices concentrated in small geographic areas and reducing latency to less than 1ms will be the main factors in the boom in new applications which until now seemed like science fiction.

5G technology or Fifth-generation mobile networks define better treatment for large numbers of data sources with high-traffic volumes and allow areas with a high density of devices to be reinforced with more antennas without saturating the radioelectric spectrum. Furthermore, the infrastructure deployment takes links between high-capacity BTSs over smart, software-defined networks (SDN) into account.

The ability to manage areas with a high density of connected devices, along with low latency, allows computing capacity – until now done locally in smartphones, computers in autonomous cars, computer centers, etc. – to be migrated to cloud environments which have much more efficient architectures for handling large amounts of data and computing.

Autonomous mobility systems could then bring the concept of driverless CaaS (Car as a Service), whereby the car handles the more complex situations that require analyzing large amounts of data and communication between vehicles. Augmented reality systems will no longer depend on the latest smartphone on the market in order to process all the digital information on data obtained from the real world. They could also be much more powerful helping to manage situations in real time. Finally, healthcare could be “democratized” with the latest emergency and surgical treatments available hundreds of kilometers from the nearest hospital through robots connected to the cloud and controlled by doctors using augmented reality systems.

These new applications will obviously have a big economic impact. It is estimated that 5G technology will create 22 million new jobs and could impact the global economy to the tune of €12 trillion by 2035.

As an expert provider of communications solutions, Teldat follows the evolution of the 5G technological market very closely and is in constant contact with operators and technology manufacturers. The goal is to have a product portfolio with a wide range of fifth-generation mobile / 5G products for corporate usage.