Roboethics as a fundamental part in the development of autonomous vehicles 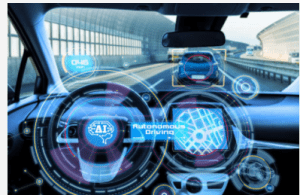 Environmental digitalization represented a major step forward for some industries like the automotive industry, telecommunications, agriculture and banking. And these are also the ones that are set to undergo the most changes in the coming years.

One of the most eagerly awaited developments in the automotive industry is the autonomous car. And while development is slow right now – due to falling demand for vehicles amid the Covid-19 pandemic –, we will soon see autonomous vehicles on our roads.  IDC predicts that by 2023, 70% of service vehicles and trucks, worldwide, will have embedded connectivity.

Notwithstanding, several challenges still lie ahead before what will become our future reality can be properly and safely deployed.

The challenges for the definitive implementation of autonomous vehicles

In the first place, the Internet of Things (IoT), connected technology and Artificial Intelligence (AI) have driven major changes in society. The IoT will provide vehicles with real-time data that will help them detect operational problems and understand environmental conditions. In addition, 5G technology’s arrival presents an opportunity to advance the field of connected technology and boost the establishment of such vehicles in the market. Even so, there are many technologies needed to make autonomous vehicles possible, and research must continue advancing in the fields of cloud technology, cybersecurity, robotics, space navigation, lasers and photography for the now-not-so-futuristic invention to become a reality.

In the second place, the biggest challenge facing these vehicles is to ensure reasonable decisions are made by the robotized vehicles. This challenge involves not only technology, but also disparate areas like philosophy, ethics and legal regulation. Consequently, a new concept has emerged from the fusion of philosophy and technology – that of roboethics.

Roboethics is a form of applied ethics that looks at the positive and negative implications of robotics for individuals and society. It aims to inspire the design of so-called smart or autonomous robots and prevent their misuse against humankind. If vehicles can circulate completely autonomously, they must also be able to make complicated fraction-of-a-second decisions, such as deciding between striking a child or injuring the car’s occupants to save the child. These are real ethical concerns that need to be appropriately addressed by professionals, such as philosophers, and soon it will not be uncommon for tech companies  to start using such professionals to assist engineers in developing algorithms that define robot behavior.

Additionally, the different cultural mindsets of the users of these future robots must be factored into these ethical assessments when programming. Moral judgements are strongly influenced by one’s culture – as demonstrated by “Moral Machine”, an online game developed by the Massachusetts Institute of Technology (MIT).

In the game, users must decide, through a gamified survey, whether virtual cars (autonomous or otherwise) should strike pedestrians – including elderly persons, thieves, children, dogs, cats, athletes and homeless people – crossing the street on green and red lights, or whether the vehicle should swerve and sacrifice its occupants, who are also of varying ages, sexes, and ethnic and professional backgrounds.

After analyzing the responses of more than 40 million users, the results revealed significant differences between cultures. For example, when faced with the difficult decision of having to choose between saving a child or an elderly person, because both were in danger, the data showed that Asians are more likely to save elderly persons – whereas citizens in Western countries usually spare the children. This is explained by the cultural importance and respect given to the elderly in Asian countries.

So, once the technologies required to connect autonomous vehicles to the outside and to each other have been fully developed and implemented, and there are no connectivity failures, nor cracks in terms of cybersecurity, we will be able to begin developing these cars, while taking into consideration the moral issues implicated in granting decision-making powers to robots. But we’ll often find ourselves facing different configurations and laws depending on the country we are in, and without – at least not yet anyway – a universal international ethic to call upon.

At Teldat, we have been actively analyzing 5G technology for a long time now. We believe 5G networks offer enormous opportunities and can open access to new markets for the telecommunications sector, for example in areas such as connected vehicles. This is why Teldat is classifying this technology as the “5G challenge”.

Alicia Ruppel, graduated in Sociology and Graphic Design, is a Marketing Manager working within the Teldat's Corporate Marketing Department.