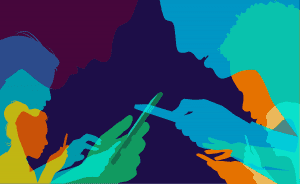 The internet is a beautiful invention that has transformed the world in many ways. Unfortunately, it has also made life worse for many people. For example, cyberbullying has become a common issue that many schools now have to combat.

Fully understanding this problem, and how schools can help, can make this concern easier to understand and manage for many parents.

Cyberbullying has become a real issue that has caused emotional problems and even deaths. The cases of suicide that have occurred due to this activity have become increasingly tragic. In one example, a girl hung herself after an online friend broke off their relationship – this “friend” being a fake profile created by the mother of a friend of the girl. That kind of activity is shocking but has become a real concern with the rise of social media.

Incidents of cyberbullying often start over minimal issues. For example, the revenge-obsessed mother in the example above believed the attacked girl had somehow embarrassed her daughter. However, most cases of cyberbullying start for mundane reasons. Perhaps somebody uploaded a video making fun of somebody’s hair, or maybe a teen merely is different from their peers. Whatever the case, cyberbullying can be devastating.

A survey in 2017 found that around 15 percent of all students had been bullied online in one way or another. The tactics taken by these bullies include posting harassing comments; creating rumors about a teen; threatening to hurt somebody; telling a person that they should kill themselves; posting videos or pictures that attack a person; pretending to be somebody else; and doxing or releasing private information.

Prevention Can Stop at School

Cyberbullying doesn’t stop at home but often spreads to the halls of a school. For example, a student being bullied online may have people tease them about videos or social media posts. And since many teens have phones, they can continue bullying a teen even when in class.

As a result, schools must find ways to minimize this danger. While many understaffed facilities may struggle to catch all cases of this activity, they can take proactive steps to manage it properly. Just a few ways that schools can help include:

Beyond these steps, schools can also install many anti-bullying procedures for their school’s internet. For example, they can ban all social media platforms on school grounds and tweak the internet to make it impossible to use them. And they can use ISP tracking programs to identify the source of the bullying. Just as importantly, they can use anti-bullying apps to help provide students with even more support.

Apps Can Help Prevent Many Issues

A growing number of companies are creating apps to help make bullying more difficult. For example, an app known as “Tootoot” has created a 24-hour support system for those who are getting cyberbullied. Teens being attacked can create screenshots of bullying and share them with the school.

Though this application is primarily available in the UK, similar options may help teens around the world. Schools are embracing these applications in many areas to prevent cyberbullying. Teens who use these apps can share images and videos anonymously to protect their identity and avoid retaliation. In this way, they gain the anonymity that many cyberbullies enjoy and use it against them to regain their life.

Finally, many schools are focusing mostly on educating their teachers on the potentials of this dangerous activity. And it seems to be working. In recent polls, it was found that nearly 80 percent of teachers knew about cyberbullying and had strategies to manage this problem. This percentage is up from an average of just around 15 from past years.

Don’t forget: all types of bullying are a form of ignorance. And the only way to fight ignorance is through education. Thankfully, a growing number of schools are taking this problem seriously and are fighting against it in powerful and beneficial ways.