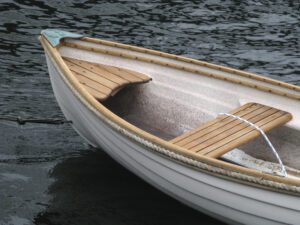 DSL technology today gives connection speeds greater than 100Mbps over a support that initially appeared far humbler and limited to the long forgotten 33Kbps: a pair of copper wires. How is this possible?

When conventional telephone lines – POTS – Plain Old Telephone System – were originally deployed, their only task was to transport acceptable quality of voice (from 100Hz up to 17KHz using a fraction from 300Hz to 3KHz). However, one constant has been the unswerving efforts to further refine the use of available infrastructures so, solutions to advance the maximum reach (pollination, krarup-erization, …) and reduce distortion (for the more common frequencies) were shortly introduced. Nevertheless, given “there’s no free lunch in physics” (Walter Lewin), the cost of enhancing the abilities of one band was to the detriment of another. For this reason (among others) the whole system revolved around the idea that “the best operating band is between 300Hz and 3KHz.”

In 1950, the world’s largest telephone company, Bell Labs, was aware that it didn’t fully comprehend the underpin of its business: the company transported information without, however, any unit of measurement. Given Bell Labs’ enormous resources, a whole battalion of mathematicians were employed, whose only job was to be available should someone (inhouse) need them. One of these was Claude Shannon, who lay down a clear definition with a unit of measurement for an information concept, until then unclear, the bit (binary digit). Once discovered, he was able to calculate how much information a recipient could hold; for us, the problem was to calculate how much information could fit on a specific transmission line: Claude Shannon, building on earlier work by Nyquist, came up with what is now known as Shannon’s limit.

Shannon’s limit and how it relates to DSL technology

Shannon’s limit, shall we say, is the story of a bargeman. Our bargeman, Claude, has only one barge, which, through a quirk of fate, could only carry one container (of varying widths and heights). The barge navigates rivers traversed by bridges, which presented Claude with a snag: how to safely pass underneath them. It’s obvious that:

The size of the container (m2) Claude can transport without damaging it, depends on the width he uses (a), the space under the bridge (b.1), and the height of the river (b.2).

If he wants to transport a bigger container (thereby increasing his profits per trip, after all, he is a bargeman), the alternatives are:
c.1) rebuild the bridge to increase the width between piers.
c.2) rebuild the bridge with a more uniform archway (more rectangular with fewer arches).
c.3) lower the level of the water.

And here our story could end. However, our bargeman, in his search for answers, hit upon the idea of using multiple barges, all the same width and height, and join them end to end: each barge could transport one container, adjusted to the form of the bridges and even leave gaps (no barge, to avoid piers or forbidden areas) or use neighboring arches: Claude had come up with the discrete multi barge system (he could use 1, 2, 3 etc., barges but not 2.5).

A fundamental part of DSL technology is nothing more than an adaptation of Claude’s idea to communications. In his single barge model, we have:
– The width of the arch (a) being the channel bandwidth used (in Hz).
– The useful height of the arch (b.1), the maximum signal we can transmit.
– The height of the river (b.2), the noise level (the ratio between both measured in dB).
– The container, the capacity of the transmission channel (in bits per second).

For voice channel over a copper pair, we have a bandwidth of some 3KHz, the ratio between the maximum signal and the noise level at around 30dB, values that determine a capacity (Shannon’s limit) of some 30Kbps. In its day, this was good enough to connect to W.O.P.R and play Global Thermonuclear War.

The model of various barges translates to Discrete Multi Tone – DMT, the basis of DSL systems: a multitude of independent signals, for example VDSL2 has more than 4000, in a limited bandwidth (4 Khz), which transports as big a load (from 0 to 60 Kbps) as a channel’s specific conditions in a zone allow, without violating Shannon’s limit for the carrier.

Teldat equips its devices with fully standardized DSL interfaces for POTS and ISDN, from G.992.1 to VDSL2 35a Super Vectoring.
And all this over cabling we didn’t think capable of more than 30Kbps, thanks to an ingenious bargeman.

Telecommunications Engineer in the R & D department. Within that department he is specialized in xDSL.