And what about Intent-Base Networking? 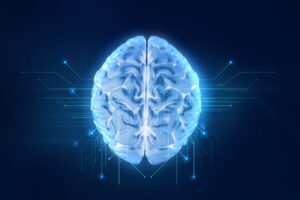 In my opening blog post this year I wrote about the many issues the market seemed to indicate would be important in 2018. Obviously, I mentioned SD-WAN technology, 5G and Big Data, and I also talked about Artificial Intelligence (AI) and a few others. However, there is one area that I did not mention, which is intent-based networking (IBN). Perhaps it may be early to call 2018 the year of intent-based networking, but some important analysts have said that this is one of the next big things to come!

So, what exactly is intent-based networking or IBN? It is a developing area of technology, which combines Artificial intelligence (AI) together with machine learning, and this allows to automate administrative tasks on a network and hence obtain self-managing networks. This may seem quite logical, but currently over three quarters of networks are manually managed. That means that network administrators have to create all the scripts / CLI for machines and devices to be programmed to carry out their tasks on the network.
It would be much better if the network could be told “what is wanted”, rather than having “to be told exactly what to do”, which is what currently happens.
Indeed, the important idea would be to tell the network what is wanted, using a very user friendly graphical user interface (GUI). BUT isn’t this similar to SDN/SD-WAN? Well yes. To a certain extent it is similar to SDN/SD-WAN, but it takes a step further with an even higher level of intelligence, by having better access control, massive scalability, security and multi-vendor device management. Hence tens, hundreds or even thousands of devices on a network can function as an aggregate with ease, without the need of the large amount of network administrators that are currently required.
One of the important points that intent-based networking (IBN) will mean, is that the way that our company networks are managed will change, because if we are able to take away from the operators and IT staff many of the tedious and routine tasks that they are currently carrying out, an automated procedure will reduce errors and increase the efficiency of the networks. For sure as our networks become larger with more data centers, public clouds, Internet of Things, etc., intent-based networking is going to be needed more and more.
As mentioned at the beginning, 2018 is not the big year for intent-based networking (IBN), it’s definitely going to be the first years of the 2020’s that predict being the important years for this technology. However, it’s curious to surf the market at present and see interesting companies that are already operating on intent-based networking in 2018. There are companies focused on network orchestration, that separate network services from the hardware devices. Other companies are geared to creating software copies of the network, with the objective of modelling and testing, without harming the actual network itself. There are also those who have taken an operating system approach to intent-based networking and automating the whole life-cycle of the network infrastructure and services.
It is quite clear that different companies have different approaches to intent-based networking and this technology, apart from software defined networking, clearly predicts on being the biggest innovation on networking technology.
At Teldat we are keeping a close eye on this technology, in the same way that we have done so with other technological developments. For example, as we did with SD-WAN, a technology that now is at the forefront of all Teldat business to date.