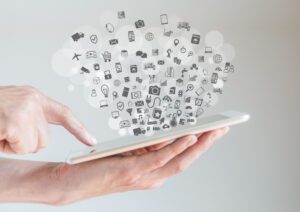 As mentioned in previous posts, IoT is an uprising concept that will change the world in which we live allowing a more efficient communication between devices. One of the technologies that is making a name for itself among other competitors in the low-power wide-area networks (LPWANs) is LoRa.

LoRa is the physical layer or the wireless modulation used to create the long-range communication link. It uses a chirp spread spectrum modulation, maintaining similar low power characteristics to FSK modulation, but increasing in a significant way its communication range. These frequencies have been used in military and space communication for many years due to the long communication distances that can be achieved and the strength against possible interferences. However LoRa is the first commercial implementation with a low-cost approximation.

These are some key features of LoRa technology:

LoRa has proved to be extremely useful in many markets from different economic sectors. For example, livestock, farming, utilities, manufacturing, warehousing, public safety and more.

The protocol used in the top of the LoRa structure is LoraWAN. This protocol determines several important parameters of the solution such as security, capacity of the network or battery lifetime.

With mesh network architectures, that are frequently used in other scenarios because of their versatility, the important mentioned parameters for LoRa would be difficult to achieve, because as the amount of devices increase the amount of band width expands exponentially and so do the number of nodes, gateways and central controllers.  As these parameters increase, the same happens with the complexity. The network capacity decreases, and the battery lifetime is reduced due to the boost in the level of information received and forwarded by the nodes that is not necessary for them. However, if this is avoided the amount of energy and bandwidth used can be reduced.

In this kind of networks, the nodes are not associated with a specific gateway, like in a cellular 3G/4G network. Instead, data transmitted by a node is typically received by multiple gateways and each gateway will forward the packets to the cloud-based network server via some other technology (cellular, Ethernet, satellite, or Wi-Fi). It’s the network server that applies intelligence and handles the complexity of the deployment applying filters and security policies.

To save energy and extend battery lifetime, the protocol used to communicate to the nodes is Aloha, so no synchronization is needed with the gateway.

Ensuring security in a LoRa deployment

Although there is a great competitiveness between the new providers of LPWAN solutions, LoRa has managed to stand out due a good combination of advantages such as long battery lifetime, security measures, possibility of mobility scenarios and output power. It’s one of the candidates to become a lead player in the upcoming IoT world that is before us.

with a degree in Technical Telecomunications Engineering (specialized in Telematics). SD-WAN product specialist at Teldat.