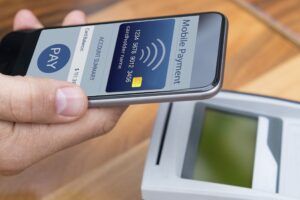 This is possible in Wi-Fi environments when multiple Access Points (APs) provide a wireless network service on the same Wi-Fi network. Mobile stations switch AP when they experience a weak signal. The decision to roam to another AP with better signal quality in the same network is made by the station with help from the AP it is currently connected to. 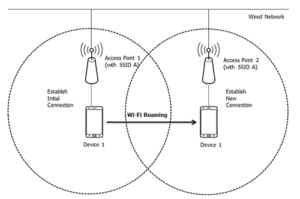 Figure 1: Station and connection moving to another access point with the            same SSID

Roaming in Wi-Fi networks is done through two protocols. The 802.11k protocol is responsible for reporting link signal measurements between station and AP and helps the station in its objective to change AP within the Wi-Fi network while avoiding packet loss in the move. The 802.11v protocol forces the station to switch to another access point decided by the AP that is currently serving the station. There are various reasons why this occurs:

When the station decides to change to a new AP, it is usually due to three reasons:

In order to avoiding scanning, and thus prevent packet loss in the traffic flow, a station can use the 802.11k protocol to help it switch to a new AP.

The station makes the roaming decision and sends a Neighbor request packet to the AP to request information on neighbors with the same SSID as the AP that it is connected to.

The AP sends a Neighbor report to the station with a list of the APs in its scan table and information about the channels on which they are operating, thus saving the station from having to perform a full scan.

For this protocol to be effective, the access point must have performed a previous scan and received updated information on neighbors. Using CBS (Continuous background scanning), the AP contains an updated neighbor table in a short space of time.

Using the 802.11v protocol, the AP currently connected to the station can use this information to help the station make roaming decisions.

BSS Transition Management allows an AP to request a station to transition to a specific AP, or suggest a set of preferred APs, due to network load balancing or termination of the connection with the current AP. This helps the station identify the best AP from the list of candidates sent. In a network where APs are able to communicate with each other, this can lead to a very reliable set of APs. APs can constantly monitor using the Probe requests that the station sends containing its current signal value (RSSI).

Network scenario with a mobile station

Finally, we will look at a case where the 802.11k/v/r protocol is used to roam a station that changes location and loses the signal with the AP it is connected to. 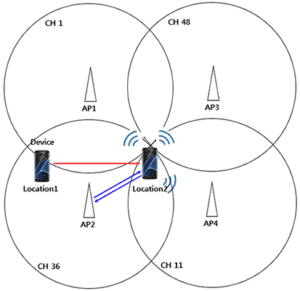 Figure 2: Network scenario in which there are multiple access points and the roaming decision is assisted by the connected access point using 802.11k/v

In figure 2, the station changes location and once it decides to roam it requests information on neighbors through the 802.11k Neighbor report.

This provides it with information about nearby APs and the channels where they are operating. The client can request a list of candidates through the 802.11v BTM protocol.

If the roaming decision is made by the AP, a Beacon request will be sent through the 802.11k protocol to ask the station which access points are viable for the move. Based on the response, the AP will decide roaming guidance with a list of candidates. Once the candidates are sent, the station will re-associate with one of the access points on the list.

If the 802.11r protocol is enabled in this re-association process, the connection with the next access point will be even faster as it saves having to renegotiate security with the AP, reducing reconnection time from 200ms to less than 50ms and avoiding latency or packet loss during roaming.

In Teldat, these technologies and algorithms are used in W2022ac products configurable through the graphical user interface or managed by a controller, where the network environment consists of a Wi-Fi service with multiple access points providing network coverage.

Telematics Engineer. He is part of Teldat's R&D Department. Within this department he is part of the new generation access points team