Uptime is down. Long live the fleeting! 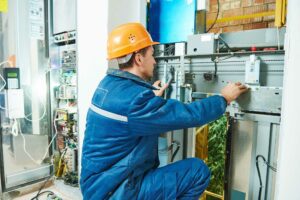 Since the early days of systems administration, a god has hovered over server rooms: uptime. uptime tells us how long a server has been on, which indirectly indicates how long it has been since it had a problem requiring a reboot. Operating systems have always had commands to display server uptime, figures that, indirectly, were also indicative of how good a job the administrators were doing. But the gods aren’t eternal; they are outdone, or simply replaced, by other gods. The time must come for even uptime to fall.

Nowadays we don’t speak of servers, which have become an invisible commodity. Applications are cut into bits of software called microservices, which work with one another, communicating through their APIs. Each microservice is encapsulated into a package called an image, which is sent to the cloud. The images generate containers, execution instances of that image that self-replicate as often as necessary to survive the rigours of the cloud. This is the life cycle of today’s software, a cycle in which we no longer create dinosaurs armed to the teeth; rather, we create lots of larvae that are made to survive.

Yesteryear’s obsession with uptime is part of the religion of stability, a religion that is going through some dark times. The new religion worships the fleeting, and the cloud is the Olympus of its new gods, so new they barely have a name. “Maximum image lifetime” or “number of containers created per hour” are some of them. Paradigms of the fleeting, of the change that is now a measure of success, new figures that extol the cloud engineers who create them. We don’t seek a longer image uptime anymore, we seek a shorter one. Less time indicates a greater capacity to renew, more advances, more resilience. Resilience isn’t stability, it’s the capacity to change, and that is the current challenge in the router market. From hardware design as the core of the business, we’ve transitioned to placing much more importance on software development. From discrete software embedded in routers, we’ve gone to SaaS and large, SD-WAN-like cloud deployments.

Like any new religion, this one has commandments as well, basic rules for behaving properly in the cloud. There are twelve-factor apps, infrastructure as a code, constant delivery, constant deployment, immutable images and infrastructure, etc. In a nod to ideas from bygone eras, it just so happens that the only thing that’s immutable about these new images and infrastructures is change. This means that they themselves are never modified; rather, they are constantly discarded and replaced by newer ones. This results in shorter cycles that favour software innovation and reliability. This is particularly important in cloud services designed to be consumed by a large number of clients, such as an SDN / SD-WAN service.

And what are this new religion’s apostles like? What must we new believers aspire to? The writings say that the first among us, the cloud engineers, measure the lifetime of their images in minutes and the number of containers created per hour in the thousands. They say that their images have become omnipresent, that they have the gift of ubiquity. It’s a type of competition that only teams with the most well-oiled software development machinery can aspire to, a scenario into which Teldat plunges head first with its industry-leading SD-WAN solutions.

Computer science has always created deeply denominational states and passionately fundamental followers. In these times of software as a service, devotions change but the goal remains the same: the peace of mind of the believers. At Teldat, we embrace these times wholeheartedly as we develop our SD-WAN solutions. We view change as the new way of being, and our clients’ peace of mind as the end product.

Is part of Teldat’s R&D department. Within this department, he works on the automatic deployment of the SD-WAN solution in the cloud