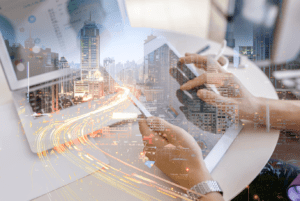 Smartphone, tablet, and PC manufacturers have already started positioning themselves in relation to Wi-Fi 6. The first cell phone with this support was released in 2019, and since then, numerous manufacturers have joined this trend. Sooner or later the technology will replace previous versions in the terminal market and company head offices will have to adapt to this technological shift to enable Wi-Fi users to gain the maximum user experience from their Wi-Fi 6 terminals.

If the reader allows me, I will take this opportunity to emphasize that the above-mentioned word “user” not only includes people who want to make a video call or upload a file to a server, but also a whole wealth of new devices connected wirelessly (medical tools, sensors, and robots in industry, personal gadgets, security cameras, sensors in stores, and much more). These devices will coexist with “lifelong” users competing in a “healthy” way for a Wi-Fi available for all of them.

And transitioning to this new technology makes sense, as previous standards attempted to improve the issue of high user density mainly by increasing the data transmission speed, but on occasions by optimizing the communication channel and antennas. Things are different this time with the advent of Wi-Fi 6. Advanced orthogonal frequency multiplexing techniques – OFDMA, multiuser use of antennas both in transmission and reception (MU-MIMO), channel reuse between neighboring APs (DSS Coloring) and scheduling techniques to improve battery life in IoT devices (TWT), means Wi-Fi coverage can be provided “in a single housing” to a greater number of devices, each with different service requirements. Incidentally, some of these techniques (specifically OFDMA and another not mentioned here but also present called 1024-QAM modulation) are also used in 5G – but that’s a topic for another day.

To talk about figures, according to recent studies from Grand View Research Inc, the market size for Wi-Fi 6 chipsets and its big brother Wi-Fi 6E is expected to surpass $40 billion by 2028.

“Wi-Fi 6 : The age of efficient Wi-Fi has arrived” on Twitter

The age of efficient Wi-Fi has arrived, solving high device density and low latency in critical applications thanks to Wi-Fi 6.

In addition to multimedia services via mobile phone or a personal computer, which is what comes to mind for most of us, other services for monitoring other devices – such as refrigerators, door stations, security cameras, home automation in general and even industrial machinery – also require a connection. Thanks to the possibility of connecting wirelessly, all these scenarios can occur in any location imaginable, including in shopping centers, coffee shops, factories, airports, hospitals, universities, and even private homes, to name but a few.

Although file, image and sound compression algorithms have proven to be key components of efficient data transmission during the communication evolution, their usefulness must now be combined with other improvements in communications techniques if this hyper-connected society is to be satisfied.

Wi-Fi 6, also called 802.11ax, is the latest Wi-Fi standard designed to meet this new and high-density demand of wireless connected devices, serving all their transmission needs and adding other benefits such as lower energy consumption for said terminals and improved security.

Wi-Fi 6 adoption seems a safe enough bet. Indeed, according to recent estimates published by the Wi-Fi Alliance, its presence in mobile terminals (along with its brother Wi-Fi 6E) will increase to 5.2 billion devices by 2025.

At Teldat, we use Wi-Fi 6 on several of our devices – both as an office access point and a Wi-Fi 6 system for trains.

Telecommunications engineer. He is a Sales Engineer for Routers & MGWs at Teldat