The Internet of Things as the main technology trend in 2018 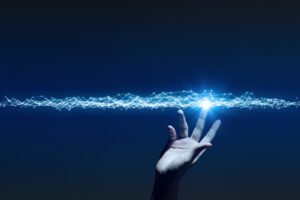 We should all be in agreement that technological change in our society and the globalized world is becoming more palpable with each passing year. Technology is not only the source of acceleration of the change, but it is also in itself changing and evolving in leaps and bounds.
If 2017 saw how technology use and the digital transformation began to be visible as a key aspect in all sectors, then 2018 will see that visibility begins to increase.

Daniel Newman, analyst for Forbes magazine, predicts certain technology trends for 2018. The main trend that he identifies, and which he believes influences all others, is the development and expansion of the Internet of Things (IoT). And while we are still a long way from the 200 billion Smart devices that Intel predicted will exist in 2020, we are certainly headed in that direction. That would mean that there will be little short of 26 Smart devices per person, of which 40.2% will be used in the business setting.
Under the influence of the IoT, Newman sees three main trends for 2018:

The power of analytics

The immense amount of data that the IoT is capable of collecting and providing is precisely the reason why companies will believe more in the revolutionary power and use of these data. Their use will allow companies to work more efficiently and profitably than ever before. Analytics is what allows companies to ask new questions, a fundamental phase for change, and, therefore, for digital transformation. Tech giants are increasing their investment in analytics and this trend is expected to continue in 2018 with other companies following suit.

The development of Edge Computing

This model, in which data, processing and applications are concentrated in devices at the edge of the network rather than existing entirely in the cloud, finally comes onto the scene in 2018. It does so in response to growing demands for IoT devices, and allows the data collected by these devices to be processed locally, without having to go to the cloud. For Daniel Newman, Edge computing is, currently and for the immediate future, the only viable option for digesting such a large amount of data. Though he reassures us by adding that the most important and relevant data will still be sent to the cloud.

Moving faster than ever toward 5G

You’ve probably been hearing about 5G technology for some time now, but 2018 is when we’ll finally be able to savor it and understand what it really means. The Winter Olympics in Pyeongchang, South Korea will be the first event of this size to be “hi-tech” and to enjoy 5G technology, while the first large-scale deployments already have their sights set on the United States.
In fact, with the amount of data produced by the Internet of Things, it would be unrealistic to contemplate anything other than developing and implementing 5G technology. Nevertheless, we still have to wait a little longer. It won’t happen overnight, and 5G will not be available to us this year. For the time being, we will have to settle for the emerging Gigabit LTE, the stepping stone between current LTE and 5G.
Accompanying the trends influenced by the IoT we will also find artificial intelligence becoming normal or virtual reality fever being replaced by augmented reality.
At Teldat we follow technological trends very closely and we develop products that can meet the kinds of new demands that may arise with the change.

Alicia Ruppel, graduated in Sociology and Graphic Design, is a Marketing Manager working within the Teldat's Corporate Marketing Department.