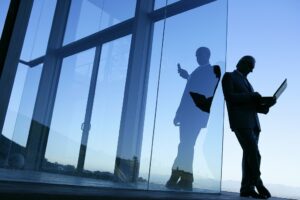 To support the further growth and development of the Internet of Things (IoT) the mobile industry is developing and standardising a new class of GSM technologies focused on IoT, which is called Low Power Wide Area (LPWA) networks. These technologies enable the new IoT services to expand and be more competitive and hence that is why it has the following advantages.

LPWA technologies are expected to serve a diverse range of vertical industries and support a range of applications and deployment scenarios which existing mobile technologies may not currently be best placed to connect them.

Due to the diversity of requirements, a single technology is not capable of addressing all the LPWA use cases. That´s why a new set of both proprietary LPWA solutions operating on unlicensed spectrums, such as Sigfox, Ingenu and LoRa, and 3GPP-standardised LPWA network solutions operating on an licensed spectrum has emerged to fill the gap. However, compared to proprietary solutions, standardised LPWA technologies defined by the 3GPP Standards Body cover the following. They meet a minimum level of performance, regardless of vendor. They ensure interoperability across vendors and mobile operators. Moreover, they are be able to be deployed over existing networks.

The 3GPP decided to standardise and license three LPWA technologies (in Release 13 -2016), to supply the needs and requirements of different sections of the IoT market. These three licenses are EC-GSM-IoT, LTE-M or LTECat.M1 and NB-IoT. Below are explanations of all these versions of LPWA.

Enhanced Coverage GSM for the Internet of Things (EC-GSM-IoT)

Fernando de Miguel, Engineer, is part  of Teldat’s R&D Department. Within this department he works as a Project Manager, specialised in Industrial and Mobility