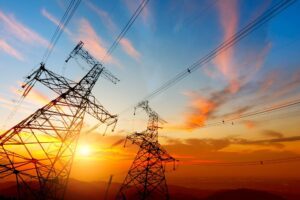 Telecommunication networks are one of the most important factors for assuring a successful advanced metering infrastructure. The choice of the appropriate technology is not an easy decision for electricity distribution companies. Several questions arise.

For example, should the utilities rely on private telecommunication networks for their AMI deployments? or should they pay for using third party networks provided by public network carriers?

Even more important, should the utilities companies consider that this telecommunication network is just for transporting metering data or should they consider a more generic telecommunication network to deploy additional services, such as telecontrol or automation data to be produced by a new generation of smart grid devices to be installed along the medium voltage (MV) and low voltage (LV) grid?

Many utilities companies have decided to use their private networks in different grid segments using powerline telecommunications such as PRIME, G3 or Miles & More. These are very good examples of deployments of multi-service telecommunication networks along the low voltage grid.

PRIME telecommunication networks have shown an outstanding performance in terms of throughput and availability in grids where more than eight LV feeders serve several hundred of customers.

PRIME telecommunications is one of the best baseline technologies for deploying telecommunication networks for LV grids, but for longer distances MV grid segment should be also considered. In this case many urban installations across the world are underground looped networks and rural installations are overhead non-looped networks. In all cases, each MV secondary substation hosts an independent PRIME sub-network that provides data services to all smart grid devices plugged into the LV grid.

The challenge is to connect all the above PRIME sub-networks to the backbone. For high density urban MV grids, either fiber optics or MV powerline communications can provide the requested throughputs (over 10 Mbps).

In the case of rural areas where a poll-mounted small MV/LV transformer feeds a reduced number of customers (<50) wireless medium range (5-10km) private networks can support architectures where PRIME telecommunication networks are not going to be used. These private point-to-point radio links require a substantial initial investment; therefore, many worldwide utilities decide to use public cellular networks to interconnect PRIMW sub-networks to the backbone.

Teldat has developed the Regesta Compact PLC which acts as a PRIME PLC Gateway, enabling the communication from the LV customers using third party networks over a secure overlay that minimizes initial investments to cover smart metering deployments in rural areas.