Are you being or practicing as an engineer in Spain? 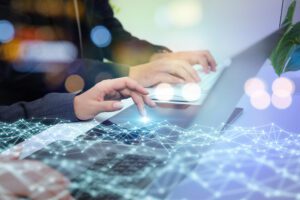 First of all, my apologies to our international readers for the local nature of this post. That said, you may still be interested in reading about how, in a nation associated with parties, holidays and the siesta, there are companies offering highly-skilled technical work to young people upon completion of their studies. And more importantly, to know what they think.

1. The set of knowledge oriented to inventing and using techniques for the exploitation of natural resources or industrial activity.

2. The professional work of an engineer.

According to these definitions from the Royal Spanish Academy (RAE), an engineer is a person who invents and applies their knowledge and technology for the purposes of industrial activity (which in the case of the sector in question entails transmitting information over communications networks).

And what do students of this type of engineering find in a country like Spain when it comes to pursuing their professional careers? Drawing from the experience of engineers who already have a few years of practice, it can be said that the professional career of an engineer usually begins in a technical area of some telecommunications or systems integration company and that, if you want to climb the labor ladder, it quickly moves to the company’s commercial or management areas. You don’t have to look far for evidence of this. Just have a think about how many of your engineer acquaintances, who have a few years’ working experience, are actually PRACTICING engineering as such – that is to say, inventing and using their knowledge to carry out industrial activity (referring back to the RAE definition mentioned above).

Given Spain’s socioeconomic structure, you might not find this easy. Most engineers are working for foreign operators or multinationals and their offices in Spain are essentially commercial – since design and development are done in laboratories in their countries of origin.

Teldat is one of the few companies in Spain giving its engineers the chance to develop their vocation and apply the knowledge gained from academic studies to technological developments that have a real implementation. In the company’s laboratories in Tres Cantos, engineers program code for devices that major companies and organizations – with thousands of worldwide locations – use to create their corporate networks. Even in engineering and support areas, doing it for third-party products is not the same as doing it for your own product, which is being developed in the next room – so you can quickly assist in resolving failures and including new features.

The following comments from some of our R&D [1] members about the chance of pursuing a job in the country where they were born illustrates this:

• “I used to work in the support department at a telecommunications company, and I can say that it isn’t the same. There are lots of companies out there offering third-party product support positions, but I trained as an engineer and I wanted my career to focus on development. The companies offering these sorts of positions are mainly based abroad and I was about to leave Spain, like many of my friends have had to do, so that I could focus on that area.”

• “I wanted to work in development and apply the things I’d learned over the course of my degree. So I’m extremely happy to be doing just that, as studying is not the same as putting what you’ve learned into practice. Right now, I’m developing a front-end web for Teldat’s SD-WAN solution, which is also allowing me to find out everything there is to know about communications networks. In the future, I can possibly see myself rotating around other R&D departments, including hardware design. I can’t see myself changing to a commercial area of the company; it’s not want I want to do. ”

• “I’m a computer scientist not a telecommunications engineer, and I think it’s awesome to be programming systems that control the configuration of communications devices and networks. Not only does this compliment my training, it can also open up new fields of work for me in the future. I’m also working with high-level programming languages like JAVA and REACT, which are in high demand in the job market, and open source technologies, allowing me to collaborate with anyone else from the international community that supports them, making my work very interesting indeed.

Clearly, BEING an engineer is not the same as PRACTICING engineering,and in Spain, very few companies offer this second possibility. At Teldat we are proud to be one of the companies that does and to be part of the team of engineers that make up our team.

[1]Actual testimonies of current Teldat employees whose content has not been altered and the only modifications are limited to those strictly necessary, to adapt its size to the limits of the post’s extension

Telecommunications Engineer, is the Head of Teldat’s Corporate Marketing Department