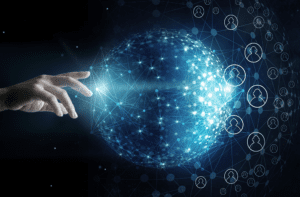 To support the expected communication needs of the Internet of Things, IoT, with more than three billion connections by the end of 2020 as predicted by Strategy Analytics, several low power wide area, LPWA, radio technologies are been developed and pushed to the market by the communications industry. The use cases or applications that the IoT will make possible are being widely discussed: wearables, asset tracking, metering, etc. But, is there any advantage or added value for the traditional networking or enterprise communications market?

Looking at the characteristics of these LPWA technologies, one could say that the attainable bandwidth, from a few kilobits per second to a mere 1 Mbps depending on the technology, is very far away from the ultra-wide bandwidth offered today by the state of the art WAN technologies used in the enterprise networking market, measuring speeds in several units of gigabit per second. So, should we discard any possibility already, just because of the bandwidth?
In fact, the arrival of the packet-based always-on wideband networks used today for enterprise WAN communications brought many advantages over previous networking technologies based on circuit switched networks, like X.25 or ISDN. Nevertheless, there is one feature, one user-story that was lost in the transition: the out-of-band management, so convenient for a flexible zero-touch-provisioning of remote access devices and emergency access when the main network was in trouble. For instance, Teldat and bintec-elmeg devices with ISDN interface have always had the possibility of remote management through these dial-in interfaces.
Can LPWA be a replacement of this out-of-band management interface? A positive answer will require a matched or improved experience for the user.
LPWA technologies are designed with three main objectives in mind: low cost, extended coverage and low power consumption. Providing an affordable solution (cost) is a must when you have to offer a communications solution for billions of devices, many of them quite cost effective already. The communications solution cannot be more expensive than the solution it is giving communications to. Similarly, the out-of-band management interface cannot be more expensive than the normal communications interface, since its use is going to be very specific and reduced to provisioning and troubleshooting. Extended coverage will serve many IoT devices located in places where the normal mobile coverage is poor, like basements. Equivalently, the enterprise communications device (router) is normally placed in locations with poor mobile coverage, like the communications cabinet in a basement. Low power consumption is in general convenient in any circumstance, reducing the overall cost and extending the battery life if a battery is used, but it is mandatory for many of the IoT applications, where powering the communications is a dire task, like asset tracking, water or gas metering, etc. For enterprise WAN networking, low power consumption, while always good, is not so crucial, since the enterprise WAN router is normally powered from the main AC input.
Besides the suitability of the technology for the task, there are also other factors that have to be aligned to sustain the business case. For instance, service availability in the enterprise customer’s footprint or the possibility of a single radio interface or technology that allow a unified and undistinguished stock of routers in the warehouse will play a relevant role in the economics.
Regarding the LPWA technologies, there are several names catching the buzz. Some of them operate in unlicensed spectrum, like LoRA or Sigfox and some of them are 3GPP-standardised, operating in licensed spectrum, like Extended Coverage GSM for Internet of Things (EC-GSM-IoT), Long Term Evolution Machine Type Communications Category M1 (LTE MTC Cat M1, also referred to as LTE-M) and Narrowband IoT (NB-IoT).
Unfortunately, there is not a single worldwide solution that fits every customer and geography. Technologies running on licensed bands have guaranteed quality and no interference. They also leverage on existing carrier infrastructure since they can be deployed over existing networks. As a result, these technologies are better positioned to be used on the enterprise networking scenario, where an LTE service is already being used in many cases as a backup or as in-band management interface. NB-IOT seems to be gaining traction in Europe, with the main carriers deploying the technology and the vendor ecosystem launching modules and products for this technology.
Teldat is planning to incorporate this out-of-band management option for real zero-touch-provisioning and troubleshooting in future routers for the enterprise branch office. Stay tuned!