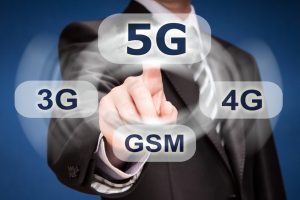 According to forecasts, commercial testing of 5G networks is set to begin in 2020. But, in the meantime, LTE-Advanced PRO already allows you to use technologies that will be included in 5G.

LTE-Advanced PRO, also known as 4.5G, is the next evolution of 3 GPP prior to 5G.  But it does more than just push LTE capabilities closer to 5G. It also represents an integral part of the 5G mobile network, providing many essential services for the 5G experience today.

The following graph describes the evolution of LTE towards 5G as regards maximum data transfer speeds.

Evolution of 4G to LTE

LTE-Advanced PRO uses several techniques to maximize the capacity of the available radio spectrum. While the technology that encompasses LTE-Advanced PRO is rather difficult to explain in summarized form, we will now provide a simple explanation of how using these techniques together in LTE-Advanced PRO can achieve Gbps transfer speeds. We are going to use an analogy to people being transported on roads.

Let’s start with the following assumptions:

Imagine that the basic LTE technology is a single lane road where vehicles that transport passengers (data) circulate.

For our carrier aggregation technique example, it is similar to increasing the number of lanes on a highway. More carriers mean more lanes and, therefore, greater passenger transport capacity.

There are a number of carrier aggregation methods available:

The effect is similar to implementing service roads on our highway, along which we can send part of our traffic.

Including radio frequency systems that support 4×4 MIMO would, in our example, be like superimposing one motorway on top of another.

In this case, 256 QAM modulation allows increased data capacity without increasing bandwidth. In our example, this would be like having vehicles capable of transporting more people. In our example, we have included buses, thus allowing more passengers to be transported along the same route.

The implementation of all these technologies will allow both LTE-Advanced Pro and 5G to exceed Gbps transfer speeds.

We also cover all the available bands worldwide for this technology. Because at Teldat we are at the forefront of technology and are here to bring the future to our customers.